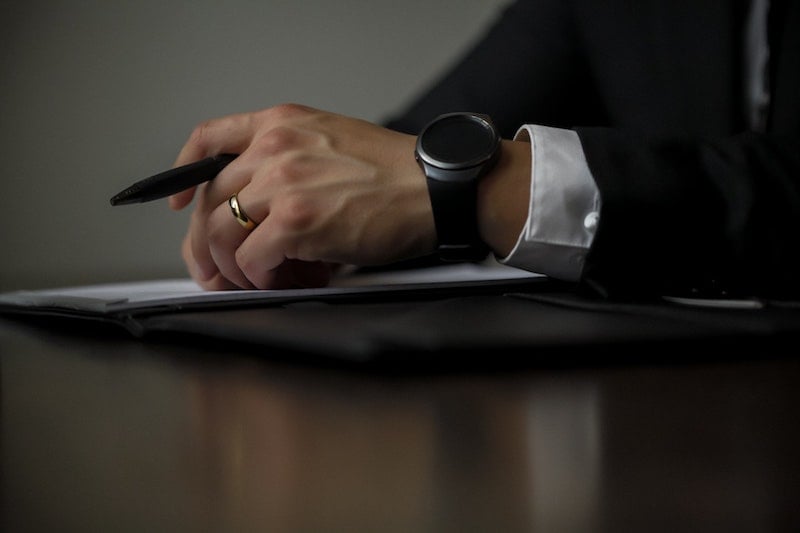 In a recent blog post, we talked about some compliance concerns that arise when developing an employee handbook. Specifically, we discussed the importance of making a disclaimer that the employee handbook is not a contract, and that employees are employed at-will, meaning that an employee can be terminated or can quit at any time without reason, explanation, or warning. Including this disclaimer and getting a signature from the employee signifying that they understand is a way for employers to protect themselves from getting in hot water should an employee try to claim that the employer broke a binding employment contract by terminating them.

A non-compete agreement is an agreement between an employer and employee that prohibits the employee from working for a direct competitor for a set period of time after leaving the company. The idea behind the non-compete agreement is that it will prevent employees from gaining insider company knowledge while employed by the company and then leaving to work for a competing company and sharing that knowledge with the new company.

In order to be considered valid, a non-compete agreement must tick several boxes.

In some states, like California, non-compete agreements are not enforceable at all, because they are considered to be stifling to innovation. In other states, they are very difficult to enforce. Each state has varying guidelines for enforcing non-compete agreements, so employers should take the time to get familiar with the approach in their state.

With this being considered, many employers may find themselves asking “Is it worth it to require my employees to sign a non-compete agreement?”

The obvious benefits are protecting vital business information and lessening the threat of competition. The drawback, beyond the difficulty in enforcing these agreements, is that non-compete agreements can make an employer or a job opportunity less appealing to potential employees. Thus, employers who are thinking about creating a non-compete agreement must ask themselves if they are really trying to protect the business, or if the agreement could just be preventing employees from seeking employment elsewhere, and potentially advancing in their careers.

There are a handful of situations in which a nondisclosure agreement makes sense, including the hiring of a new employee who will have access to proprietary information, the establishment of a new joint venture, and a presentation to a potential investor or partner. Still, just like with non-compete agreements, employers should put careful consideration into their reasoning for drawing up a non-disclosure agreement.

In conclusion, both non-compete agreements and non-disclosure agreements can be very useful tools in protecting the information and overall interests of a business, but they can pose compliance risks and are not always easily enforced. Employers considering creating either should take careful consideration in the process, and should not hesitate to consult with outside help, such as an employment law attorney. Do you want to learn more about how Navigate can help to take the reigns with concerns like this and other administrative necessities that detract from the growth of your business? Click here to set up a free consultation.

This post is part of a series on employee handbooks and includes information on employee non disclosure agreements. Check out the other posts in the series:

Employee Handbooks: Why Are They Important?

Employee Handbooks: Are They Considered Contracts?