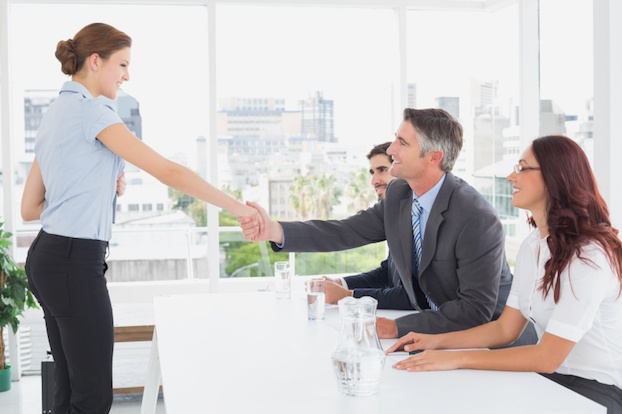 US Employment Outlook Survey Results And How to Address Talent Shortages

Today’s employment outlook in America is anything but clear. Unemployment is dropping, and the pace of gross domestic product (GDP) growth has averaged a steady 2 percent over the last five years. For employers, an increasingly technology-driven economy demands skilled workers who can fill more and more niche roles.

A recent study by Manpower Group has indicated that nearly one-third of U.S. employers are struggling to fill skilled-job openings in 2015. That figure is up -- predictably, perhaps -- by 20 percent from the height of America’s recession in late 2009 when the unemployment rate was more than double what it was just 2 years earlier; but it is down 20 percent from 2011, just 2 years after the recovery began when nearly half of employers reported difficulty finding qualified workers to fill new job openings.

Why firms are beginning to have an easier time recruiting and whether this positive trend will continue depends on a number of economic factors. Just what they can do to fill open positions when qualified applicants seem few-and-far-between depends on their willingness to innovate their recruitment methods, develop existing staff, and contend for specific talent in an increasingly competitive employment marketplace.

The Cause of Talent Shortages: Labor Market Indicators

In general, hiring is easiest during periods of high unemployment and most difficult when unemployment is low. This reasoning is reflected in the Manpower study: Unemployment grew from 4.5 percent to 10 percent from 2007 to 2009 -- the latter of which corresponded with the lowest talent shortages. Unemployment has since dropped to near pre-recession levels, while the difficulty of hiring skilled workers has risen.

Unemployment figures don’t tell the whole story, however. Economic contractions of 0.3 percent and 2.8 percent struck the U.S. economy in 2008 and 2009, respectively. Since then, American GDP has grown nearly ten percent, after adjusting for inflation.

Meanwhile, over 3 million U.S. job openings came flooding back into the market between 2009 and 2015, outpacing the amount of American labor force growth by nearly half a million workers. This discrepancy in worker supply and hiring demand may be a contributing factor in current employer talent shortages.

On the other hand, GDP growth has outpaced workforce growth by nearly a factor of four, which suggests higher productivity levels across the workforce as a whole. Indeed, productivity as a measure of per-hour output by U.S. employees has increased by over a quarter since 2009. Such increased productivity levels should, to some degree, offset the need of employers to hire additional personnel.

These indicators paint anything but a clear picture of what hiring will look like in the years to come. Despite Manpower’s recent survey data, employers in the U.S. should not depend on recent trends indicating a closing skills gap to continue. Rather, they ought to prepare their organizations to compete for skilled workers as they come ever more into demand.

How to Recruit Skilled Workers

Effective hiring practices help businesses to stay competitive in their markets, lower turnover rates, decrease staffing costs and increase employee engagement. This is because hiring the right employees, and having them stay, boosts productivity. It also lessens the need to hire new staff, ensures that redundancies are kept to a minimum, and sends a message to employees that the company cares about keeping the people it puts on its payroll around for the long haul.

Whether or not compensation is the ultimate issue, employers can create other forms of value to entice skilled applicants. A great company culture and organizational goals that inspire like-minded employees can often help retain talent much more effectively than even the prospect of a higher salary. Likewise, local outreach efforts raise the profiles of businesses who make them. Companies that offer educational workshops, advertise student internships, provide pro bono services and volunteer for community projects engender goodwill and public support, which sends a message to job seekers that a company’s goals go beyond its balance sheet.

The employment market might not always be a day at the ballpark, but when it comes to finding skilled workers to fill those empty swivel chairs, employers that use relevant recruitment channels, pay well, create a vibrant culture and invest in their employees shouldn’t have too much of a problem when the rain starts to fall. Contact Navigate for expert help in finding the right people for your company.

The Problem with Relying on Payroll Software

Payroll is one of the most time-consuming and error-prone HR functions that companies execute.  That's why HR managers are always looking for optimization opportunities. The.